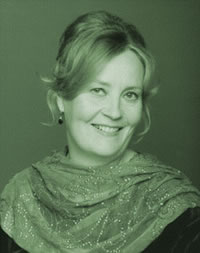 Carolyn Graye composes, sings and plays piano ... she does all of them well
JazzTimes

Singer/pianist/composer Carolyn Graye has performed in West Coast clubs, concerts and theatres since 1976. Locally, she has appeared at Dimitriou's Jazz Alley, Bumbershoot, the Bellevue Jazz Festival, the West Seattle Jazz Festival, Earshot's New City Series and A Contemporary Theatre (ACT.) She lived in Prague (1997-1998) and performed at festivals and clubs throughout the Czech Republic in addition to touring the Balkans (Serbia, Bosnia and Macedonia) on a USIA performance and teaching grant. She also performed in La Paz, Bolivia at the invitation of the U. S. Embassy there. Her self-titled debut CD spotlights Jessica Williams, Julian Priester and Jay Thomas and features thoughtful compositions, solid swinging piano and singing that the Prague Post called "witty and curiously conversational."

Ms. Graye recently released a duo vocal/piano CD, SONGS with Jessica Williams on OA2 Records, and is currently working on her next recording, POEMS BY DENISE LEVERTOV. She won an Artist Assistant Grant from the Jack Straw Foundation in 2000 and was a participant in their 2001 Washington Composers Forum/Composer Spotlight Series. She was awarded a 2003 Artist Trust GAP grant for the Levertov project and is a regular contributor to All About Jazz - Seattle. She has a BFA and MA in music.