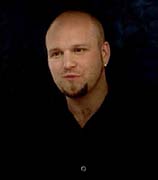 Mark Quint is a singer/songwriter that brings to mind other vocalists in the jazz realm such as Mark Murphy, Kurt Elling, Bob Dorough, Mose Allison, Dave Frishberg, and especially to this listener, Michael Franks.
Jazz Review

Mark Quint began composing at the age of 11. It was in his nature to see and feel music in everything he did. Some would say that he is a savant in his abilities, for he has had no professional training. But you would never know it by the sound of his music. Mark's career has spanned far and wide and he has worked with some big hitters in the industry of entertainment. Mark spent many years refining and developing his sound in Los Angeles, California. It was there that he was able to explore himself, and it was there that his sound would emerge. Staying true to his vision of independence in the industry, he recorded his own music under his own production. All the while under the watch of major labels he sparked interest from Atlantic Records, several publishing companies, and film directors. His original music has been featured in theater and film. He has landed national radio commercials and performed and studied with Kurt Elling, Jon Hendricks, Kevin Mahogany, Mark Murphy, Kenny Drew Jr. & Ernestine Anderson.

Teaming up with master Brazilian guitarist Marco de Carvalho, Mark fine crafted his sound and it all came together beautifully on his newest release 'the principle of uncertainty'.