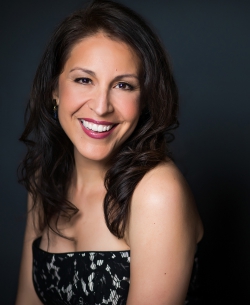 What makes her talent unique is the instrumental quality of her own vocal jazz...She can hear changes, has unerring pitch...a sure sense of time and phrasing, and an enviable range.
Harvey Siders, JazzTimes

Rosana Eckert is more than a jazz vocal artist. She has been called a musical force, starting her professional career as an accomplished French horn player and classical music theorist and changing course to develop an international reputation as a masterful and engaging performer, an exciting improviser, a dynamic songwriter, and a creative arranger. Rosana has had the pleasure of performing with such jazz greats as Lyle Mays, Kenny Wheeler, George Duke, Jon Faddis, Christian McBride, Marvin Stamm, Bobby McFerrin, and with award-winning vocal quartet New York Voices.

She kicked off her jazz career as a member of the 1999 Sisters in Jazz Collegiate Sextet which performed at the Monterey Jazz Festival and the Mary Lou Williams Women in Jazz Festival, and she was part of the 2000 Thelonious Monk Aspen Jazz Colony with musical director Christian McBride. Her debut solo CD, At the End of the Day, was praised as a "superior debut" by Cadence Magazine and was a finalist for Best New Jazz Album in the 2006 Independent Music Awards, showcasing her dynamic improvisation, unique arranging style, and her knack for songwriting. Since then, she has recorded four more solo projects, appeared on Bobby McFerrin's Grammy-nominated album Vocabularies, and recorded debut projects of original music with two new bands: The Mike Steinel Quintet featuring Rosana Eckert, and Brasuka, a Brazilian-flavored original music project co-founded by Rosana. Her newest solo album, Sailing Home, is produced by renowned singer/pianist/arranger Peter Eldridge (co-founder of the New York Voices). The project of all original music, released in June 2019, is her first on Origin Records.

In demand as a master teacher of jazz and voice, Rosana was the first female to join the esteemed jazz faculty of the University of North Texas. Since then, she has helped build the UNT vocal jazz department into one of the best in the world. Her students have gone on to win Grammy Awards and prestigious competitions, tour the world as solo artists and back-up vocalists, record on major labels, establish music schools and private lesson studios, sing on national TV, serve their country singing in military bands, publish choral arrangements, and work as studio singers on movie soundtracks and commercials.

A highly respected improviser, Rosana can be heard on Scatability, a vocal improvisation app by Michele Weir and on the demonstration CD for Darmon Meader's book Vocal Jazz Improvisation: An Instrumental Approach. She recently collaborated with popular vocal group Groove for Thought, improvising on their video recording of "Groovin Hard." Also a prolific writer, Rosana's many published vocal ensemble arrangements and original songs have been performed worldwide. Rosana's new book Singing with Expression: A Guide to Authentic and Adventurous Song Interpretation was published by Hal Leonard in June 2018.

In addition to her extensive live performing and teaching, Rosana also works regularly as a studio vocalist and voice-over talent in Dallas, having sung or spoken on hundreds of commercials, album projects, publishing demos, and radio IDs around the world. 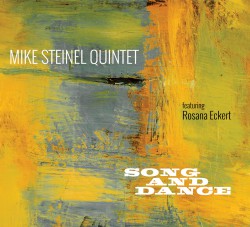