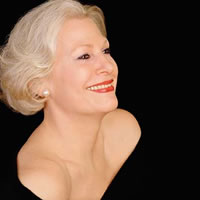 Gloria Cooper is an experienced jazz vocalist and pianist. She began playing the piano at the age of five. Gloria grew up in Missouri where she completed her bachelor's and master's degrees in music at the University of Missouri. Gloria lived in San Francisco, California from 1972-1988, where she played for twelve years at the Hyatt on Union Square and worked in a number of jazz clubs with many musicians such as Eddie Henderson, and Donald Bailey. She also played in the house band at the re-opened Jazz Workshop where she accompanied Eddie Harris, Red Holloway, David "Fathead" Newman, Jimmy Witherspoon, and others. Gloria moved to New York City in 1988 and completed an Ed. D. in music from Teachers College, Columbia University, in 1992. Currently, she is teaching at Long Island University, Brooklyn, New York where she is Associate Professor of Music. She has performed throughout the United States, Europe, and Japan, and recently completed a four-year engagement at The New York Renaissance Hotel in a jazz duo setting. Cooper is active as a performer, educator and clinician, and has accompanied numerous singers including Gloria Lynne.

Dr. Cooper has over 20 years experience as a performer/educator and has taught many clinics, camps, and workshops - as well as serving as a consultant in the development of numerous jazz education projects and performances. 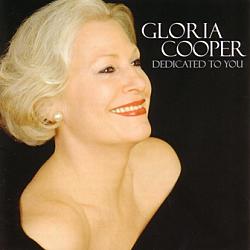 Gloria Cooper
Dedicated To You
Origin 82450