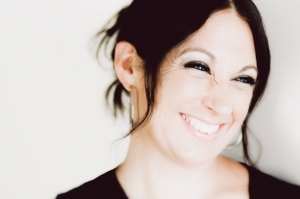 When Swedish-born Emma Larsson first hit the New York scene (via Finland and South Africa) in 2010, she arrived with two critically acclaimed albums Irie Butterflies (Imogena Records, 2006) and Let It Go (Imogena Records, 2010) already under her belt. Her debut, which the precocious talent had recorded while still a student at Finland's prestigious Sibelius Academy, garnered her a record deal with Imogena Records, along with distribution in Europe and Japan, where she was welcomed as a "promising singer and composer" (Lira, Sweden) with "extraordinary vocal skills." (Jazz Life, Japan) In the US, Critical Jazz praised her as a musician with "the seasoning and character of a veteran twice her age...and a flair and panache rarely heard on a debut release."

Now based in New York (where she has performed at the Iridium, Zinc Bar, The Bar Next Door, Kitano, St Peter's Church and Smalls) Larsson has come a long way (literally and figuratively) since then. Her upcoming release Sing To The Sky, made with first-call musicians Shedrick Mitchell (piano), Eric Revis (bass), Kenneth Whalum III (saxophone) and Billy Drummond (drums), might be her best work yet. "I think this particular combination of guys really worked well together in terms of chemistry," she says. And chemistry in jazz (which is all about relationships and communicating in the moment), is the difference between good and great. 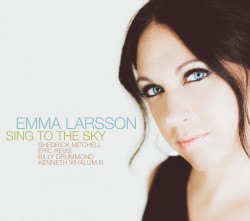