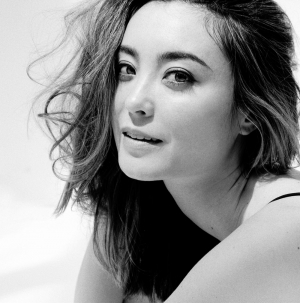 ...deceptively easy listening, but a tinge of maturity and melancholy courses through Meyer's best material. She deploys her affecting voice - a smooth, smoky instrument somewhere between Fiona Apple and Norah Jones - with nuance.
CITY ARTS

Emi Meyer's musical career followed an unhurried, steady trajectory. Born to a Japanese mother and American father in Kyoto, she moved with her family to the States as a toddler. She began studying classical piano at age 6, honing her piano chops in her school's jazz ensemble and soon after began composing pop music of her own.

In 2007, she released an album of original material with the help of a good friend in LA. "It was just out of pocket, with no expectations," she says. Around that time, Meyer also entered the Seattle-Kobe Jazz Vocalist Competition, a prestigious annual singing competition whose winner flies to Seattle's Japanese sister city of Kobe to compete in the Kobe Jazz Queen Contest. "I was 18 and had just missed the student level, so I had to enter as an adult," she says. "I did it for the experience. I thought screw it, I'm not gonna win. I'd never sung standards [or] covers. Everyone else was a trained professional."

To her surprise, she won. The victory led to her first performances in Japan and enabled her to study ethnomusicology there. She moved to Kyoto, networked with musicians and venues, formed a band, and gradually began gigging regularly.

Word of mouth and social media - "This was the era of MySpace," she says - attracted a steady stream of reps from major Japanese record labels. "I was really excited at first, but I learned the hard way, it's not fun to be with a major label unless you are already doing a type of music that they want to market."

Meyer wanted to record her own original material on her own terms. So she stuck to her guns, turning her back on major label attempts to tamper with her sound. Plankton Music, a small Japanese indie label, got behind her, releasing her original LA recording Curious Creature as-is in 2009. The record hit #1 on iTunes Jazz Charts in Japan, and Meyer wound up winning iTunes Japan's Best New Artist award for that year.

Since then, she's recorded a succession of records for Plankton (one in Japanese, the rest in English), maintaining artistic control and ownership of her material in the process. She's augmented her recording royalties with gun-for-hire work and song placement in several Japanese commercials, and her songs have popped up in American TV shows like MTV's Awkward and TV Land's Younger. It's not enough to make her rich, but it's afforded her the opportunity to live in Tokyo as a musician.

Now her overseas profile is bigger than ever. She worked on the soundtrack to Flying Colors, a hit Japanese indie film based on a bestseller about a student struggling to pass her college entrance exams that became a sizable hit last May. In September she released Monochrome, her first record to include standards. Stateside, she digitally released a deluxe edition of her 2012 album Galaxy's Skirt on Dec. 4 and Seattle-based jazz label Origin Records will drop a revised version of Monochrome (including several new originals) domestically in fall 2017. (City Arts)