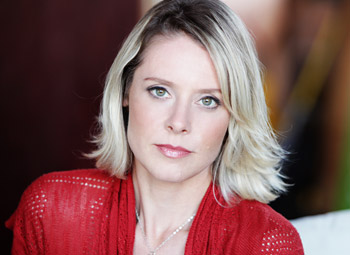 After a decade long apprenticeship in Chicago's vibrant and demanding music scene, Alison Ruble has emerged in recent years as one of the city's premier and in demand jazz vocalists. Having honed her skills with steady work at a number of Chicago's high profile jazz rooms, including The Green Mill; Joe Segal's Jazz Showcase, and Andy's Jazz Club, Ruble has etched out a distinct style that has drawn increasing attention from critics and audiences alike. In addition to extensive club work, she has appeared in a variety of theatre and festival settings, including Jazz at Lincoln Center and the Chicago Jazz Festival.

Ruble's work has been described as "glittering and near flawless" by JazzTimes and the All Music Guide cites her as "a sublime vocalist with an adventurous spirit." Her critically-acclaimed debut album "This Is A Bird" (Origin) was named one of "Publisher's Top Picks for 2008" on All About Jazz.com and one of Public Radio International's "Best Jazz CDs of 2008."

On her new release, "Ashland" (Origin), Ruble continues to explore her interest in combining the classicism of the great American songbook with contemporary jazz improvisation and the work of more recent American pop composers. While at first glance Alison may seem to draw from disparate musical sources, her musical interests lie less in the idea of "eclecticism", and lean more towards an effort to naturally integrate the full sweep of American popular song through the language of jazz.

In addition to her work as a musician, Ruble is highly active in the Chicago area as a visual artist and has exhibited at a number of galleries and art festivals. Her original screen prints and etchings appear in the cover art for both "This Is A Bird" and "Ashland."