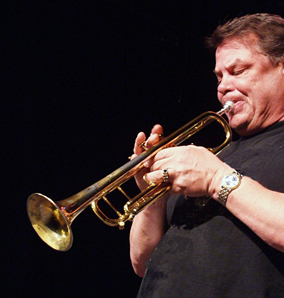 Walter Blanton has distinguished himself as one of the most creative musicians in the Las Vegas music scene. From small groups to big bands, from rhythm and blues to the avant-garde, his highly developed sound and style are in demand. He has been recognized by the National Endowment for the Arts, the Western States Arts Federation, and has received the prestigious Governor's Arts Award for Excellence in the Arts from the Nevada Arts Council. Blanton is also the recipient of two Artist Fellowships from the NAC.

Blanton has performed with a wide variety of musical artists including Charlie Haden, Henry Mancini, Woody Herman, James Brown, Lou Rawls, Nancy Wilson, The Four Tops, The Temptations, The Righteous Brothers, Elvis Presley, Tony Bennett, Frank Sinatra, Joe Williams and many other entertainers. For several years, he has also been performing and recording with the exciting "Audio Art Ensemble", CARAVAN, and his jazz quartet, "Dharma". He has also recorded with Woody Herman, Shirley Bassey, the New World Brass Quintet and Powerplay.

A CD of his compositions, The Body of a House, as well as a CD by his group, Dharma, Voyage From The Past, was released on the TNC Jazz label. Additionally, Blanton has recorded a CD of his composition, Eight, with noted trombonist, Jim Pugh, pianist Bill Mays, bassist Martin Wind and drummer Dennis Mackrell. His compositions have been featured in concerts at Alice Tully Hall, Lincoln Center, and Carnegie Hall in New York City. 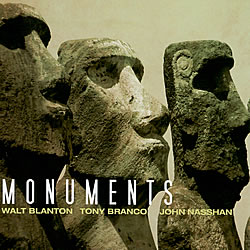