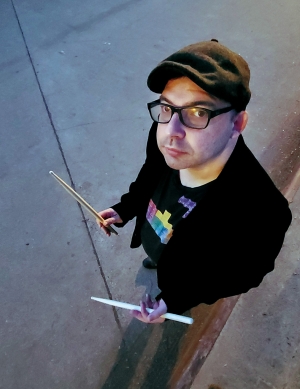 Greg Germann has been touring all around the world playing the drums for various touring productions for the past 15 years. He became one of the most respected and consistent performers. Some of these national tours included broadway shows like "Wicked", "Grease" and "Finding Neverland" and even spent a year traveling with the Big Apple Circus. Over his career, he has performed with artists such as Ben Vereen, Sir Roland Hanna, Antonio Hart, Clifton Davis, John Davidson, Jimmy Heath, and Jeb Patton as well as many others.

Growing up in Deer Park, Long Island he studied with Bob Leto, who used to make him sit in at the local jazz club Sonny's Place often as a teenager. During his high school years, he attended Manhattan School of music Prep division where he had invaluable experience playing in orchestras and learning more of the classical repertoire. He attended Queens college, where he studied classical percussion with Michael Lipsey, but also took initiative to study jazz with Clarence Penn, Alvester Garnett, Carl Allen and Tommy Igoe.

He has been composing film scores for the past ten years. In 2014, He won a Telly award for "Use of Music" for the "Invaders Webseries". That path to film scoring started when Greg started playing with singer songwriters in New York City in the early 2000s. Often he would be involved with the creative process by having to decipher what groove is the best way to help keep a listener's interest in a song while still letting the music breathe. Soon after working with various projects, he realized that film scoring was just the next logical step.

Back in 2015, after coming back to New York City after touring with "Wicked" the beginnings of the debut record "Tales of Time" were conceived . On November 1, 2020 that idea came to fruition with 11 of his original compositions being recorded. The concept of the album operates on a few levels. Time is the most important aspect of a drummer's playing, many of the songs incorporate different time signatures and each song tells a story. This record features Donny McCaslin (tenor sax) Luis Perdomo (piano), Yasushi Nakamura (bass), Chelsea Forgenie (vocals) and is being produced by his mentor and teacher Clarence Penn. This album conveys that he is more than just a sideman who can play a part in a Broadway pit, but can play a part in a Broadway pit, but also a bandleader and solo artist. The influences on this record range From Bach to Joe Henderson, to Radiohead.

Most recently, Greg can be heard on the single "Stardust" by Cassandra Kubinski, which has just been nominated for a Grammy in October 2020. 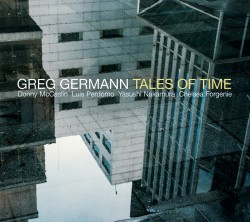