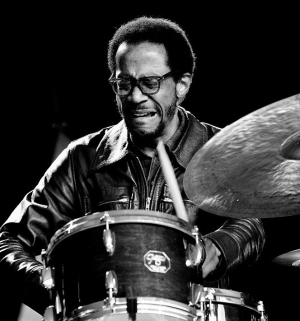 The drummer of the future
Joshua Redman

Louisiana-born, Brian Blade grew up in Shreveport, then New Orleans, where he distilled the unique drumming styles and musical heritage of the nation's spiritual underbelly into a powerfully swinging percussive trademark. Nurtured under the watchful eyes of Ellis Marsalis and New Orleans Dixie-drum masters Johnny Vidacovich and Herlin Riley, Blade learned to find his 'knit in the blanket' of sounds and styles.

Brian Blade makes music that exists beyond borders. Spirituality, sensitivity, honesty, loyalty, all these traits feed the theme of the Brian Blade Fellowship. "I want the music to be a fellowship. That's what you want from the world as a whole. I want the music to project that kind of togetherness. This ideal of fellowship is something I grew up with. I just want to extend the good memories."