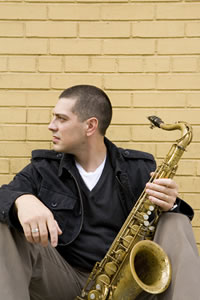 ...a gifted horn player who can do buoyant and melancholy, smooth soul and bop.
Muse's Muse

Saxophonist and Composer, Tom Tallitsch currently lives in the Philadelphia area where he maintains a rigorous performance schedule as a leader and sideman, performing at venues and festivals throughout Philadelphia, New York, and the Northeast. Since his arrival in 1996, he has played with many of the area's top musicians.

The self release album Duality (11/05) marked Tom's debut as a recorded leader, and features guitarist Dave Manley in an intimate duo setting. It received fantastic critical reviews and is on jazz play lists throughout Europe, Japan, and the United States. He has performed live broadcasts and interviews on Philadelphia's WRTI Temple public radio.

In addition to having his compositions and arrangements played by vocalists and musicians throughout Philadelphia, Tom has had his works performed by individual dancers from the Martha Graham Dance Company at various choreographer showcase venues.

Tom owns a highly recommended music tutoring business in Princeton, NJ and is a popular jazz educator and clinician. He was the founding director of the Central NJ Homeschool Bands, works as a piano tutor to adult students with autism, and was a member of the artist faculty at Mercer County College from 1999-2006.

Tom is originally from Cleveland, Ohio where he began his musical training on the piano, clarinet and saxophone. He has a Bachelors of Music in Jazz Studies from the University of Cincinnati College Conservatory of Music (CCM), and has participated in clinics with Joe Henderson and Chris Potter. He has studied with saxophonists Rick VanMatre, Ernie Krivda, Mike Lee, and Ben Schachter, and pianist Phil DeGreg. 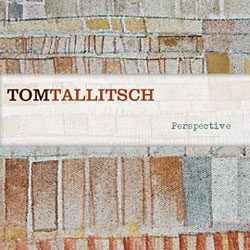 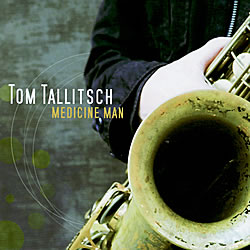