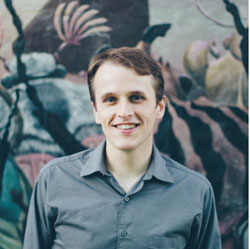 Neil Welch is widely recognized for his ability to weave several notes at once into chords. Called multiphonics or split tones, Neil uses these extended techniques to powerful effect. His work is deeply emotive, exploring the extremities of his instrument from near silence to guttural wails. All About Jazz Magazine called his solo work "stunning and extraordinary," and showed his saxophone as "not only something that can be blown into, but also as something that can be hit, sung into, or screamed down."

Neil is a member of the bands Bad Luck, King Tears Bat Trip, and his own chamber group Sleeper. He is a founding member of Seattle's acclaimed improvisation series the Racer Sessions, and in 2011 became a Table & Chairs recording artist and founding member. Neil has released 6 albums under his own name, including: A Response to the Wednesday Morning Shooting at Cafe Racer. May 12th, 2012 in Seattle, WA (2014), 12 Tiny Explosions (2013) , Boxwork (2012), Iron Creek (2011), Sleeper (2011), and Narmada (2007).

The album Two from Neil's duo project Bad Luck, co-led with drummer Chris Icasiano, was named the "2011 Album of the Year" by the NY Jazz Review. That same year Bad Luck was awarded "Outside Jazz Group of 2011" by Earshot Jazz. Neil's solo saxophone album Boxwork was named one of the All About Jazz "10 best albums of 2012." In 2013, he performed and debuted in a new saxophone quartet iteration of Nonaah composed and arranged by the legendary saxophonist Roscoe Mitchell. Sponsored by T&C Music, the Nonaah performance was awarded "NW Concert of the Year, 2013" by Earshot Jazz Magazine. Neil has performed throughout the United States and Europe in projects spanning avant solo, electronic, free improvisation and contemporary classical music.

In 2013 Neil documented an intensely personal year-long solo series called 12 Moons. He recorded, described his artistic process and released one improvisation each day that year--365 in total. This ambitious project was made free to the public and was by far Neil's most comprehensive sound document to date. His site-specific work on the project included locations such as a WWII fallout shelter, a garbage dump, a massive iron barrel and an alpine lake accessed 30 miles into the Cascade Mountains. Neil believes strongly in the importance of documenting every stage of his development, and continues citing his work through the series Continuous Resonance, which features improvisations and live recordings made during his practice sessions and shows. Continuous Resonance