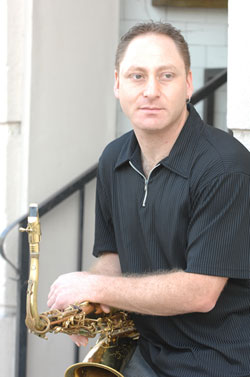 As a bandleader in the San Francisco Bay Area, Alex directed his 16-piece Contemporary Jazz Orchestra, playing more than 300 shows and recording two albums. The second, Instruments of Mass Pleasure, was released in 2005 to critical acclaim. Since his move to Los Angeles, Alex has been in heavy demand as a sideman and soloist, playing jazz, funk, pop, hip-hop and classical - all with a style of his own.

Budman / Levy Orchestra
From There To Here
OA2 Records 22087