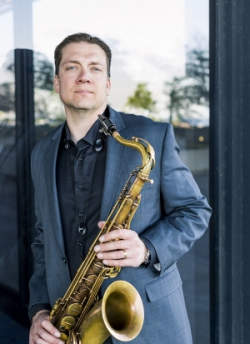 Originally from Detroit, Saxophonist John Wojciechowski has spent the last decade performing and teaching in Chicago. In addition to his own groups, John is a member of the Chicago Jazz Orchestra, Dana Hall's spring, the Jeff Campbell Trio with John Hollenbeck, the Chicago Yestet, the Ryan Cohan Sextet, and the New Standard Jazz Orchestra. He has performed or recorded with The Chicago Jazz Ensemble, The Woody Herman Orchestra, The Chicago Symphony Orchestra, The Detroit Symphony Orchesta, The Milwaukee Symphony, Clark Terry, Toshiko Akiyoshi, Charlie Haden, and Kurt Elling among many others. In 1996, he was the third place finalist in the Thelonious Monk International Saxophone Competition.

Besides being an active performer, John is also an educator noted for his versatility, creativity and enthusiasm. He has taught at the public school as well as university levels and has appeared all over the country as a guest artist, clinician and conductor. He is currently on the music faculty at St. Charles North High School in St. Charles, Illinois where he teaches Jazz Bands, Orchestra and Music Theory. His student groups have performed at the IAJE Conference, Midwest International Band and Orchestra Clinic, JEN Conference and the Illinois All-State Music Educator's Conference. In addition to his public school teaching, he has also taught at Northern Illinois University and Northwestern University. 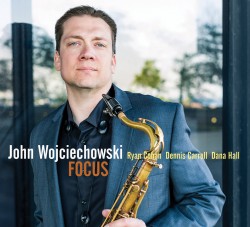