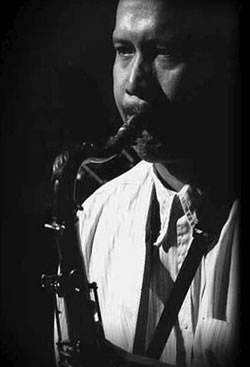 Renato Caranto is a jazz musician and the tenor saxophone is his instrument. From 1981 to 1992, Renato joined various top-40 groups playing in the lounges of major hotel chains up and down the West Coast. January 1992 is notable for his transition out of the top-40 and into a local blues band. Since that time, Renato has utilized his strong work ethic to firmly establish himself in the Portland jazz music scene.

He has performed in several major festivals in the area including the Mt. Hood Jazz Festival, the Waterfront Blues Festival, and the Cathedral Park Jazz Festival. He has also recorded on dozens of CD projects in whole or as a featured soloist. 1994 was a big year for Renato. He signed with a local independent label and recorded his debut album, "Blues For Ama". He also was the recipient of the Cascade Blues Association's "Muddy Award" for best saxophone player. Renato has garnered the "Muddy Award" an additional five times while playing with numerous local and national blues acts. In 1999, Renato completed his second CD, "Generations". His third CD "Straight Ahead" was released for a limited run in 2002 to rave reviews. His fourth album "Nice To Be Home" was released in August 2006 by Portland based jazz label Diatic Records. It features Renato with Mel Brown, Gordon Lee, Thara Memory, Andre St. James, and Stan Bock.