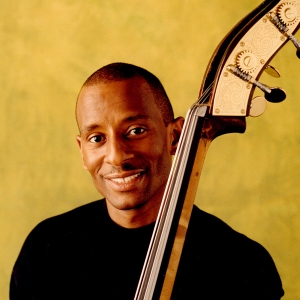 At a time when many artists are distancing themselves from the American tradition, Kenny Davis remains reverential yet unmistakably modern.
All About Jazz

Kenny is a native of Chicago, Illinois. Kenny's career began with listening to such great R&B artists such as: Earth Wind & Fire, Brothers Johnson and The Temptations, just to name a few. First being self taught, he then studied music theory with David Holder Sr. He then went on to Northeastern Illinois University, where he earned a Bachelor of Arts degree in Music Education.

Upon entering Northeastern University, he discovered jazz music and he quickly became part of the Chicago jazz scene, playing with Von Freedman, Ari Brown and Fred Anderson. Later, he went on to study classical bass with Warren Benfield of the Davis was the bassist of The Tonight Show Band from September, 1999 thru March, 2002. Chicago Symphony, and had a number of lessons with Jeffrey Bradetich. Some of his jazz influences are Ray Brown, Paul Chambers and Ron Carter. In addition, he also was influenced by the following electric bass musicians: Jaco Pastorius and Verdin White.

He moved to New York in 1986, where he played with Out of the Blue (OTB), and then quickly adapted to the New York scene. While there, he also made a living by doing sessions and jingles. In New York, he began appearing with such artists as: Freddie Hubbard, Cassandra Wilson, Abbey Lincoln, Diane Reeves and Art Farmer, while studying music with Ron Carter.

One of the highlights of his career was being a music arranger for a song on the Grammy Award winning CD by artist Cassandra Wilson, "Blue Light Till Dawn". Throughout the 90's, Davis toured with such notable jazz artists as Herbie Hancock, Dianne Reeves and Art Farmer. In 1999, Kenny Davis got the call from Kevin Eubanks, then band leader/music director of The Tonight Show Band. Davis was the bassist of The Tonight Show Band from September, 1999 thru March, 2002.