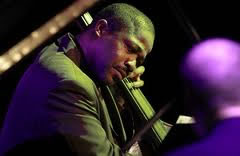 A member of Detroit's rich jazz tradition, bassist Rodney Whitaker has emerged as a member of the world jazz community. Solo recording artist and sideman, Whitaker has made a name within the new vanguard of young jazzmen dedicated to furthering the traditions of earlier acoustic stylists. While other musicians have made their home in the coastal scenes of New York and Los Angeles, Whitaker continues to reside in Detroit, where he seeks musical inspiration and the comfort of family life. "The world has gotten to be a very small place," he admitted in Detroit Jazz Monthly. "You can live anywhere and still be in touch with the world." Recording with an array of top talent and touring with such musicians as Terence Blanchard, Bradford Marsalis, and Wynton Marsalis, Whitaker is contributing to the deep-rooted jazz world. Devoted to creative personal statement rather than preservation, his music points to a future yielding new voices from the works of the great jazz founders.

Rodney Thomas Whitaker was born the son of James Lee Whitaker in Detroit, Michigan, on February 22, 1968. Whitaker first studied violin at age eight and later, at age thirteen, took up the acoustic bass. He studied the instrument with little interest until a neighbor introduced him to John Coltrane's 1958 album Soultrane, featuring the bass talent of former Detroiter Paul Chambers. In the liner notes to his album, Children of the Light, Whitaker recounted, "When I heard Paul Chambers, that was It! I wanted to play the bass." In the Detroit school system Whitaker received musical training under such instructors as Ed Quick and Jerome Stasson. While attending Martin Luther King High School, Whitaker fell under the tutelage of an influential music instructor, Herbie Williams. "Herbie was a very important person in my life," related Whitaker in the Metro Times, "because at that time I knew that I wanted to play jazz.... He started to teach me harmony, chord progressions on the piano, everything. I would spend four and five hours at a time after school with him."

While a teenager, Whitaker met saxophonist Donald Washington, leader and founder of the ensemble Bird/Trane/Sco/Now! As a member of Washington's group, Whitaker played along side such musicians as alto saxophonist and flutist Cassius Richmond and Monzola (Whitaker's future wife). Under Washington's leadership, the group performed the work of traditional swing stylists as well as music by saxophonists Charlie Parker, John Coltrane, and Albert Ayler. During his high school years, Whitaker also took part in jazz workshops held by trumpeter Marcus Belgrave (a former sideman with Max Roach, Charles Mingus, and Ray Charles). "Rodney is the most energetic bass player I've encountered," expressed Belgrave in the Metro Times. "When he was in school, I knew he was going to be a great player. He would get on a city bus, carrying his bass without a case to get to a workshop session." Whitaker's experiences with the ensembles of Belgrave and Washington were balanced with a formal study of symphonic music with the Detroit Civic Orchestra. He also received private instruction with Stephen Molina, a member of the Detroit Symphony Orchestra.

Whitaker's reputation soon traveled outside his hometown. When former Detroit bassist Robert Hurst left the band of Terence Blanchard-Donald Harrison Quintet, he recommended Whitaker as his replacement. After a year with the quintet, he joined a unit headed by Blanchard, in which he remained for two years. In 1991 he performed in the band of trumpeter Roy Hargrove. As Whitaker told Pat Smith in the Metro Times, "Working with Roy was pivotal. We were on the road eight months out of the year. We were the young, cutting-edge band. From that gig everybody got to know who and what I was about musically." During this stint he cut several albums with Hargrove, The Vibe (1991), Of Kindered Souls (1992), Roy Hargrove and Friends (1995), and Family (1995).

After a three and-a-half year run with Hargrove's group, Whitaker spent 1995 performing on the road with the bands of saxophonist Kenny Garret, pianist Junko Onishi, and keyboardist Bob James. The following year, saw the release of his first solo effort, Children of the Light. Joined in the studio by such talents as sax player James Carter and trumpeter Wallace Roney, the album showcases compositions by Detroit musicians Kenny Cox, Francisco Mora, and Monzola Whitaker. The LP also includes two standards: "Broadway," a number made popular by Lester Young in 1940, and "On Green Dolphin Street," a piece most associated with Miles Davis's classic 1958 Columbia recording. Like his mentor Paul Chambers, Whitaker is an adept performer in the arco (bowed) style. Though he provides fine support throughout the recording, Whitaker reveals a sensitive and somber side in the last selection, "Cultural Warrior," a modal dark lament written by Francisco Mora which showcases his bowed and finger-style techniques.

From his home base in Detroit, Whitaker is reaches an ever- expanding audience. In September 1996, Whitaker performed at Montreux Detroit Jazz Festival. Around this time, he led the house band at Detroit's legendary Blue Bird Inn--the former home of post World War II war be-bop which had, during the early 1950s, employed musicians such as Whitaker's mentor Paul Chambers. Whitaker's house band includes Cassius Richmond (who also appeared on his LP Children of the Light). Whitaker's Blue Bird job also included a show featuring one of the club's original performers, pianist Tommy Flanagan, for a three-day performance in June of 1996. As Whitaker stated in the Detroit Free Press, "The attraction of playing the Blue Bird is that all the cats did come out of here. It's humbling, but it's also like being passed the torch." Determined to carry on tradition while searching for new creative horizons, Whitaker exemplifies the continuing legacy of jazz as an ever-changing and personal art form. 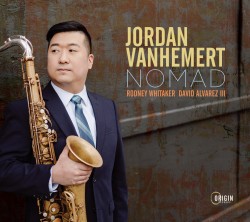 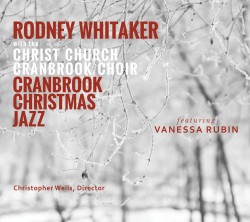 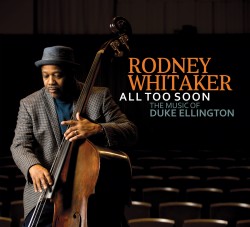 Rodney Whitaker
All Too Soon: The Music of Duke Ellington
Origin 82789 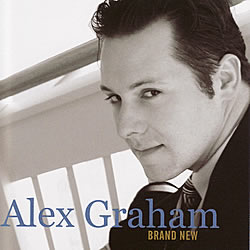 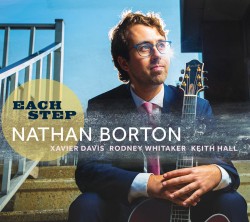 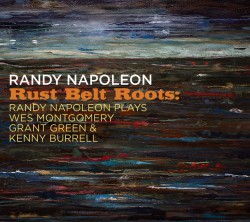