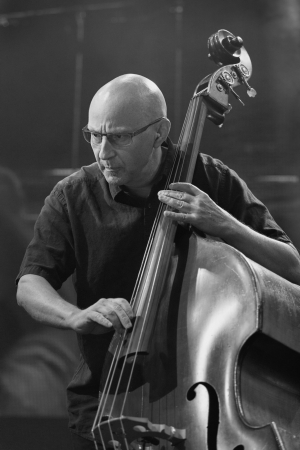 Leaping genres with this kind of authority is a talent within itself, and the success he has had certainly acknowledges his obvious commitment to artistic integrity.
Bass Musician Magazine

Bassist, composer, author, and educator Lincoln Goines has distinguished himself as one of the premier bassists of his generation. As a sideman, his resume reads like a who's who of the pop, jazz and Latin world. A native of Oakland, California, Goines studied piano and trumpet in grade school. In his teens at the apex of the psychedelic/soul culture explosion of the 1960's he chose music as his path and began playing electric and acoustic bass, studying formally with Vancouver BC Symphony bassist/cellist Sydney Keats, virtuoso soloist Gary Karr, and later with jazz bassists Steve Swallow and Eddie Gomez.

Goines is a published composer in his own right and his compositions can be heard on recordings by Dave Valentin, Ryo Kawasaki, and most recently on the album Night and Day, a collaboration with drummer Kim Plainfield released in 2002. In addition, he is a Professor of Bass at the Berklee College of Music in Boston and a faculty member at the Bass Collective in New York City. Goines is a senior student of Tai Chi Chuan Grandmaster William C.C. Chen and is one of his certified master instructors. He is also a contributing author for the book Bass Lessons with the Greats and co-author of the book and video Funkifying the Clave: Afro-Cuban Grooves for Bass and Drums. 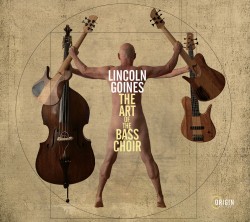