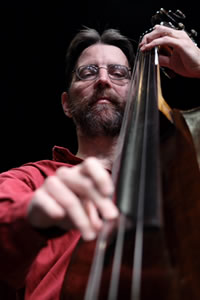 Many of his compositions are featured on New Stories records as well as the Big Neighborhood CD and several Don Lanphere recordings. Additionally, he has composed eclectic music for orchestra. Doug also served as the Jazz Bass Instructor at the University of Washington from 1995-2004.