The musicianship here is of the highest level.
Michael Bettine

Jeff Johnson's quartet breathes fresh life into the venerable tenor/piano/bass/drums format. The transparent and airy quality of these live-to-two-track recordings provides each instrument with it's own acoustic space in the mix, rendering the nuances of the ensemble's subtle interplay readily apparent. The overall effect is senuous and engaging. Johnson and company succeed in making the music new, by adopting a zen-like approach to staying in the moment. The Art of Falling is a simply wonderful disc, and it deserves the highest recommendation. - Cadence Magazine. Voted top NW recording and instrumentalist of 2001 by Earshot Magazine.

Reviews of The Art of Falling

All Music Guide (Dave Nathan)
This is the second album by Jeff Johnson for the Origin label, even though the first Free was recorded at a later date than this session. Using a quartet instead of a trio format, Johnson continues to explore facets of creative, modern jazz but in such a way as not to force listeners to dissociate themselves from the proceedings. While highly explo ...

Jazz Now (Michael Bettine)
I love this CD! It's everything I want to hear from musicians working in the standard sax/piano/bass/drums line up. The musicianship here is of the highest level. "Castles" shows a strong sense of interplay between the quartet. They weave their way around the melody, moving at times like one musician. Teuber reminds me of Paul Desmond in the w ...

Cadance Magazine, September 2001 ()
I've listened to this CD five or six times, enjoying the music more & more each time, but finding it difficult to say just what makes this a special album. It could be the intriguing combination of Billy Mintz' economical style on the drum kit coupled with Jeff Johnson's animated bass parts. Then there's the ease with which pianist Randy Porter ant ...

All About Jazz (Jason West)
I like living with CDs. I like to leave them in the player for a week or two and see how they grow. I'm not worried if, at first, I don't hear everything that's going on. Just as long as there's something - a few magnetic bars, a particularly firey exchange, a pregnant moment in the music - that demands another listen. So it is with The Art of Fall ...

Jazz Review (Charles Walker)
When making lists of the most innovative contemporary jazz musicians, many denounce what they see as pure American centrism, an inability to look beyond the shores of jazz's homeland. What this falls short of is the tendency to confine those lists even further to New York, Chicago, and possibly one or two other major metropolitan areas. That's wher ...

Expose (Jon Davis)
Bassist Jeff Johnson is one of the regulars in the Origin Records stable, and these two releases see him as leader, first of a trio with drummer Billy Mintz and reedman Hans Teuber, then with a quartet, adding pianist Randy Porter. Most of the selections on both are Johnson originals, with a few covers (Wayne Shorter, Henry Mancini, even Glenn Mill ... 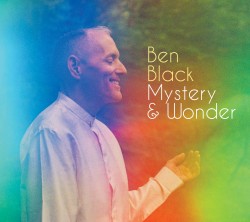