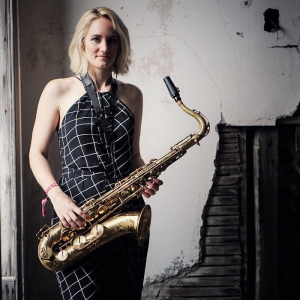 New York City-based Saxophonist Roxy Coss has become one of the most unique and innovative voices of her generation. The 2014 Downbeat Critics Poll named her a "Rising Star" on Soprano Saxophone. She has performed in countries including Spain, Denmark, Italy, Germany, France, Malta, Scotland, the Czech Republic, Switzerland, the Netherlands, and Belgium; as well as throughout Canada and the United States.

The Roxy Coss Quintet currently performs around New York, including venues such as The Side Door, Smalls, Zinc Bar, and Smoke Jazz Club, where the band held a weekly residency from 2012-2013. In addition to making a name for herself as a leader, Roxy is an active side-woman, most known for her work in the Jeremy Pelt Group. She recorded on Pelt's records Face Forward, Jeremy (2014) and Water and Earth (2013), both HighNote Records. She has also performed alongside Jazz greats such as Clark Terry, Louis Hayes, Claudio Roditi, Mike LeDonne, Gerald Cannon, and Willie Jones III; and is a current member of Diva.

A native of Seattle, WA, Roxy began playing piano and composing at the age of 6, and began studying saxophone at age 9. She also won her first award at age 9, placing third in the city-wide "Reflections" composition contest. She began studying Jazz with Robert Knatt at Washington Middle School, and went on to be First Tenor Saxophone in the Internationally recognized Garfield High School Jazz Ensemble led by Clarence Acox. In 2008, she graduated Magna Cum Laude from William Paterson University in NJ with a Bachelor of Music Degree in Jazz Studies/Performance. There she studied saxophone with Gary Smulyan and Rich Perry, and composition with Rich DeRosa. She also studied privately with David Demsey, Armen Donelian and Bill Mobley, and had the opportunity to work closely with Clark Terry, Harold Mabern, and Mulgrew Miller.

In 2010, Roxy released her self-titled debut album, Roxy Coss, which was met with critical acclaim, and charted at #4 for 10 weeks at CMJ, #23 at Jazzweek and #12 on the RMR Jazz Chart as a debut artist. In 2011, Roxy was chosen to participate in the prestigious Jazz Ahead Residency Workshop at the Kennedy Center, where she studied with Nathan Davis, Curtis Fuller, Winard Harper, Carmen Lundy, George Cables, and Chip Jackson. She was also chosen to participate in Ravinia's Steans Music Institute Jazz Program, where she worked closely with Rufus Reid, David Baker, Curtis Fuller and Nathan Davis.

Coss is currently endorsing Vandoren and Neotech products as an artist. She is also Vandoren's East Coast director of Generation Vandoren, a young teaching artist program, and frequently tours with JazzReach, a teaching performance non-profit, directed by Hans Schuman. 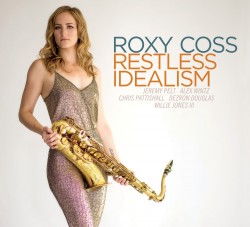