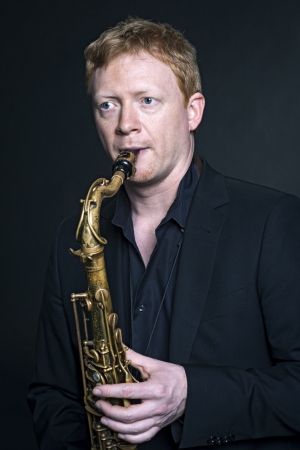 Steffen Weber studied jazz and popular music at the Musikhochschule Mannheim from 1995 to 1999. From 2008 to 2012 he was a member of the Southwest German Radio Orchestra - the SWR Big Band. In 2012, he received a lifetime appointment to the Frankfurt Radio Big Band, where he appears in productions with Branford Marsalis, Kurt Rosenwinkel, Chris Potter, Greg Osby, Joe Lovano, Joey de Francesco, Jeff Hamilton, Sammy Nestico, Randy Brecker amongst others. He is saxophone tutor at the Musikhochschule Mainz and has recorded several projects under his own name.

In 2005 Steffen was given the jazz award of the city Worms. His former band, "L14,16" was winner of the renowned international jazz competition in Hoeilaart (Belgium) and their first two CDs received the "Preis der deutschen Schallplattenkritik" (Prize of the German Record Critics).

He lives with his wife and his two sons in Weinheim/Germany.