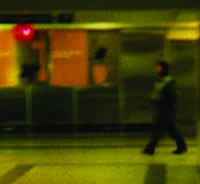 While in Detroit, Tim performed with the Detroit Symphony and was featured at the 1986 and 1987 Montreaux Detroit Jazz Festivals with his group Hat and Beard. The band's debut recording received rave reviews in the Detroit News. Tim also backed up artists including Johnny Mathis, Rosemary Clooney and Julie Andrews, and began playing for Broadway shows.

In 1987, Tim accepted a position with the national touring company of Cats. After leaving the tour he moved to New York City, where he freelanced and studied with, among others, Trudy Kane (Principal Flutist with the Metropolitan Opera Orchestra), pianist Barry Harris and session reedman Dave Tofani. In 1993, Tim joined the touring company of The Phantom of the Opera, where he met his wife, Nancy Ives, who is currently Principal Cellist of the Oregon Symphony. In 1997, they moved to Portland Oregon.

In Portland, Tim has performed with the Oregon Symphony, the Portland Opera, bassist David Friesen, and the John Fedchock Big Band. He tours periodically with Les Miserables and has appeared at the Mount Hood Jazz Festival with the Duke Ellington Orchestra in 2000 and with Diana Reeves in 2001. Also in 2001, Tim released his self-titled CD to strong reviews and consistent local airplay. Tim can also be heard playing flute on Gino Vannelli's latest CD, Canto, flute and saxophone on the Bobby Torres Ensemble's It's Heaven I Surmise and various woodwinds on upcoming releases by drummer Gary Hobbs, pianist Gordon Lee, The Third Angle New Music Ensemble, and The Chuck Israels/Rob Scheps Big Band.

Tim Jensen
A Mind For The Scenery
Origin 82424