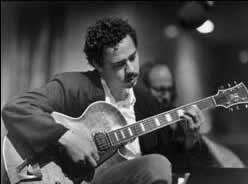 Born into a musical family, Larry has been playing the guitar since he was seven years old. At the age of fifteen he recorded an album with his father, guitarist Dave Koonse, entitled "Dave and Larry Koonse; father and son jazz guitars." In 1984, Larry was the first recipient of a BM in Jazz Studies at the University of Southern California.

Immediately after graduating from USC Larry toured extensively for six years as a member of the John Dankworth quartet, traveling all across the globe and backing up Cleo Laine. He is currently a member of Billy Child's landmark chamber sextet which just recorded a CD featuring Brian Blade. He has also toured and recorded with Mel Torme, Terry Gibbs, Bob Brookmeyer, Billy Childs, David Friesen, Warne Marsh and was a featured performer with the Percy Faith Orchestra on a tour of Japan. At the invitation of Nelson Mandela and UNICEF, Larry traveled to South Africa to perform for the first annual SAMIX festival with the Steve Houghton quintet. He also performed with Gary Willis in Sao Paulo for a government sponsored concert at SESC Ipiranga. In his travels, he has performed at Carnegie Hall, the Academy of Music, Disney Hall, the Sydney Opera House, and has been a featured soloist with the L.A. Philharmonic, the Philadelphia Orchestra and many other orchestras throughout the world. Larry has also recorded with Cleo Laine, Al Hirt, Jimmy Rowles, Lee Konitz, Alan Broadbent, Ray Brown, Bill Perkins, Toots Thielemanns, Rod Stewart, Linda Ronstadt, Bob Sheppard, Charlie Haden and many other jazz artists.

The founder of the Player's School, the renown bassist Jeff Berlin, contacted Larry in 1995 to write a guitar curriculum which is currently used for their program. He is currently co-leading the L.A. Jazz Quartet which released their fourth CD, "Conversation Piece" (NAXOS Records) in September, 2000. The quartet's first three CD's "Astarte" (GOWI), "Look To The East" (NAXOS), and "Family Song" (NTR), have received critical acclaim for their originality and musical depth. Larry's two recent recordings, "Americana" and "Dialogues of the Heart" (with his father Dave Koonse) are now available through Jazz Compass, a record label that Larry co-founded with Joe La Barbera, Tom Warrington, and Clay Jenkins. Larry has been a faculty member at the California Institute of the Arts since 1990. 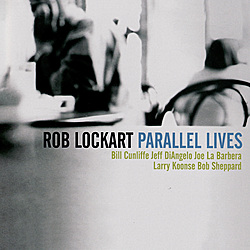 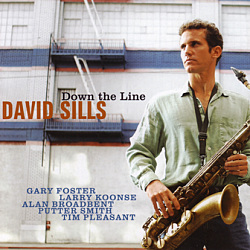 David Sills
Down The Line
Origin 82458 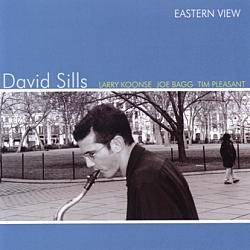