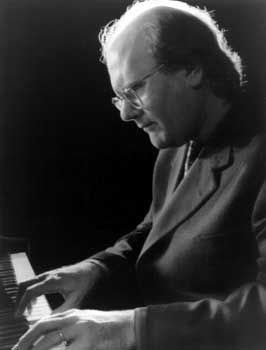 Whatever the 'next step' is in music, I firmly believe he will be it. He has all the tools--imagination, technique, dreams, ambition...
Bob Brookmeyer

Born in Chicago, Jim McNeely moved to New York City in 1975. Since then he has become part of the international jazz scene.

Jim received his first critical acclaim as pianist with the groups of trumpeters Ted Curson and Chet Baker. In 1978 he joined the Thad Jones/Mel Lewis Jazz Orchestra. He spent six years as a featured soloist with that band and its successor, Mel Lewis and the Jazz Orchestra (now The Vanguard Jazz Orchestra). 1981 saw the beginning of Jim's 4-year tenure as pianist/composer with the Stan Getz Quartet. From 1990 until 1995 he held the piano chair in the Phil Woods Quintet. At the present time, he leads his own trio, and appears as soloist at concerts and festivals in places as varied as Finland, Australia, and Cleveland.

Jim's reputation as an original composer/arranger for large jazz bands continues to grow. His most recent work includes projects with the Danish Radio Jazz Orchestra, the Carnegie Hall Jazz Band, the Metropole Orchestra (Netherlands), the West German Radio (WDR) Big Band and the Stockholm Jazz Orchestra. In January of 1996, he re-joined The Vanguard Jazz Orchestra as pianist and Composer-in Residence. And in July of 1998 Jim became Permanent Chief Conductor of the Danish Radio Jazz Orchestra. The New York Times has called his writing "exhilarating", and Down Beat, in reviewing his CD, East Coast Blow Out (with the WDR Big Band on Lipstick Records), enthused: "Magnificent ó 5 stars!"

About Jim, JazzTimes's Chuck Berg has written: "His melodic inventiveness, harmonic richness and willingness to take chances make for music with abundant emotional and intellectual appeal." Larry Kart, of the Chicago Tribune, has observed: "McNeely is a delight...having stated his graceful ideas, (he) almost literally pursues them across the keyboard until their prettiness has been burned away and what remains has the strength of structural steel." And in Cologne the Kolner Rundschau said "He is a powerful, imaginative pianist, seeking the tension between attack and lyricism."

Teaching is also an important element of Jim's work. Since 1981 he has been part of the jazz faculty at New York University, where he is currently Adjunct Resident Artist in Jazz Studies. For a number of years he has appeared at numerous college jazz festivals as performer and clinician, and has been involved regularly with summer workshops such as the Stanford Jazz Workshop and Jamey Aebersold's Summer Jazz Clinics. He has also done teaching residencies at institutions in the US, Canada, Spain, Sweden, Finland, Germany, and Australia. In the Fall of 1991, he became Co-Director of the BMI Jazz Composer's Workshop. 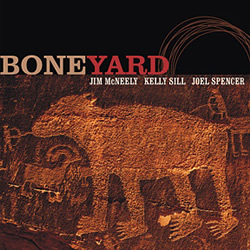