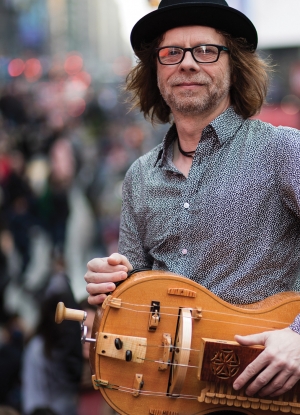 Above all...Joachim's phrases...have this melodious charm, which is available to only the greatest of pianists.
Paweł Baranowski, Diapazon (Poland)

Joachim Mencel - pianist, lyricist, composer, music producer, PhD - assistant professor at the Academy of Music in Krakow, decorated with, among others Silver Cross of Merit and Bronze Medal for Merit to Culture Gloria Artis, called the "romantic of Polish jazz pianism"

He graduated from the Jazz and Popular Music Department of the Music Academy in Katowice. He played, among others in the bands of Janusz Muniak (CD "Contemplation"), Andrzej Cudzich (CD "Simple Way") and Nigel Kennedy. He regularly cooperates with the American clarinettist Brad Terrym (albums "All about spring", "Colorado", "Live in Fort Andross"). A respected arranger of vocal music, he wrote and arranged songs for Ewa Bem (all songs on the album "Kakadu"), Mieczysław Szcześniak, Anna Maria Jopek and the bands New Life and El Greco. Mencel is the author of a jazz cantata for choir, orchestra and soloists "Love explained everything to me", as well as music for films, ballet spectacles and pantomime.

Currently, he performs solo with the program of songs for piano and lyre, and also performs with his quintet, with which he performs his own compositions inspired by folk dances. In 2018, For Tune released an album with this material called "Artisena".
Joachim Mencel has performed in many countries of Europe, America, Africa and Asia, including with the author's project jmTrio (CD "Interludium"). In addition, he collaborated with many respected musicians, including Lee Konitz, Dino Saluzzi, Richard Galliano, Dave Liebman, David Friedman, Eddie Henderson, Ronnie Burrage, Charlie Mariano, Rufus Reid, Terry Clarke, Zbigniew Namysłowski, Vitold Rek, Jarosław Śmietana.

In April 2019 in New York, Joachim Mencel recorded music material for the album "Brooklyn Eye", which will be released in the second half of 2020. The leader's original compositions were played by outstanding musicians whom Mencel values and admires for many years: Steve Cardenas, Scott Colley and Rudy Royston.