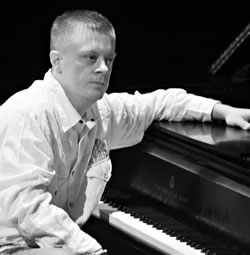 Dedic's phrasing is unpredictable and exciting, and he has a very definite time-feel that is all his own.
- Jazz Improv

Born in Zagreb on March 2nd 1973, Matija started playing classic piano at the age of five. After he finished Music high school Vatroslav Lisinski in 1991, went to Graz to Jazz Academy where he graduated in 1997. under prof. Harald Neuwirth and private lessons with J. Taylor in cologne, Hal Galper, Bill Dobins and Barry Harris.

Since he was raised in the family surounded by pop and traditional musicians, he began to listen to all kinds of music very early, soon discovering jazz and finding that it alowes him apstract and more personal musical point of view.

After returning to Zagreb in 1997. he began to play more often, and his work is recognized in and out of Croatia.

During those years he played with his own band "Boliers Quartet», with whom he supported the likes of B. Golson, K. Burell, R. Haynes, J. Feliciano and "All Stars Band". Meanwhile he also had a chance to play in in "Tamara Obrovac Quartet».

He writtes music for television and theatre, and also occasionaly playes with some big pop names on Croatian music scene. Croatian authors society awarded him for the album "Octopussy» as the best author and best jazz newcomer in the last 10 years!

In July 2002. Matija performed on the Montreux Jazz Festival in France as one of the 11 finalists, that were chosen from more than 400 pianists around the world. His father Arsen Dedic riecieved awards Premio tenco and Jacques Brel and his mother Gabi Novak while her careere sang with Luis Armstrong, Garry Burton, Phill Woods, Toots Tielmans, Hellen Merril, Joe Turner. 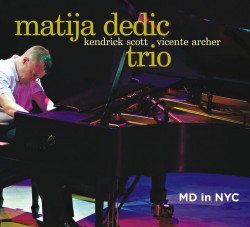