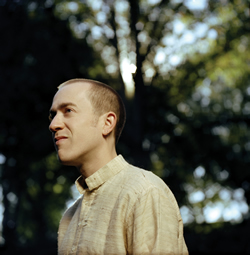 Geoffrey possesses a refreshingly open-eared sensibility in the modern manner, and he has more than enough virtuosity and sheer musical wit and intelligence to weave all of his apparently disparate strands of influence into an original and compelling whole.
Time Magazine

Geoffrey has been immersed in music his entire life. Born into a musical family, with both parents teaching music, he began studying piano at the age of three. In 1989, at the age of 18, after completing his first year at the Berklee School of Music, Geoffrey was faced with two job offers. One with Miles Davis, the other with Art Blakey. He chose the latter, and his career was off to a fast start.

Geoffrey has worked with virtually all of the living legends of jazz and has appeared on countless recordings both as a leader and as an accompanist. His professional career has spanned many projects and genres. In 1992, for example, Geoffrey performed Gershwin's Rhapsody In Blue with the Hollywood Bowl Orchestra under the direction of John Mauceri. In addition to his 11 solo releases and constant touring, Geoffrey has also been commissioned to compose several pieces for public performance, including Palm Reader for the Carnegie Hall Jazz Band, Listen Look for the Saint Joseph Ballet, Variables, a set of variations for piano and string quartet written especially for the Mainly Mozart Festival in San Diego, and Southeast Alaska Suite, commissioned by the Scottish National Jazz Orchestra.

Geoffrey continues to work in partnership with world class musicians from all genres. His 1998 release, Turn Up The Quiet, featured Grammy winning vocalist, Diana Krall along with Joshua Redman and Christian McBride. His partnership with world renowned classical artist, Barbara Hendricks as bandleader/arranger produced It's Wonderful - Tribute to George Gershwin with subsequent touring in Europe and Japan. His two releases in 2003, Falling Up and Sublime: Honoring the Music of Hank Jones, were both collaborative efforts. Sublime is an ambitious set of duets with Kenny Barron, Chick Corea, Benny Green and Mulgrew Miller. Falling Up features several pieces where Geoffrey worked in tandem with master Hawaiian Slack Key Guitarist, Keola Beamer.

Praise for Geoffrey's artistry comes from all sides. Time magazine wrote that Geoffrey possesses "a refreshingly open-eared sensibility in the modern manner, and he has more than enough virtuosity and sheer musical wit and intelligence to weave all of his apparently disparate strands of influence into an original and compelling whole." His peers speak glowingly about his artistry as well. Hawaiian guitarist, Keola Beamer reflects "Geoffrey has a beautiful, spatial style that I immediately fell in love with the first time we played together in San Francisco." His fans also echo their admiration for his artistry. Surf to any online CD shop and read the glowing reviews of his releases submitted by purchasers worldwide.

Geoffrey's newest release, Wildcrafted, captures the fire and raw energy of Geoffrey's trio, live in concert at the Dakota Jazz Club in Minneapolis. Geoffrey's unlimited potential as a composer, arranger, and musician are all on showcase. Wildcrafted features five fresh original pieces, nestled in with finely polished and newly arranged Jazz chestnuts, a celestial Okinawan work of art, and even a new arrangement of a composition by pop singer, Bjork. 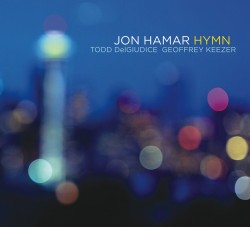