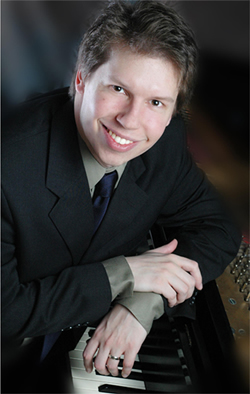 Toby Koenigsberg has performed extensively throughout Oregon, Washington, California, Nevada, Texas, Wisconsin, Pennsylvania, New York, New Jersey, Alberta, Ontario, Japan, and elsewhere. He has performed with jazz musicians and ensemble leaders including Marian McPartland, Rich Perry, Ben Monder, and Bill Holman. He tours regularly with the Toby Koenigsberg Trio, performing at the Rochester International Jazz Festival, Jazz Festival Calgary, the Tony Williams Jazz Festival, and elsewhere. His most recent CD, Push, features Koenigsberg with saxophonist Rich Perry, bassist Ike Sturm, and drummer Ted Poor. Koenigsberg has been honored by the National Foundation for Advancement in the Arts, and while attending the Eastman School of Music he received the Schirmer Award, given to the most outstanding graduate jazz performer in a graduating class.

In addition to performing, Koenigsberg has written numerous compositions and arrangements for large and small jazz ensembles and for studio orchestra. Down Beat Magazine awarded his composition "Song for Aki" Best Original Song in its 2002 Student Music Awards.

Koenigsberg is also active in jazz scholarship and pedagogy. He is published by the Jazz Education Journal, the official publication of the International Association for Jazz Education (IAJE), and he has given lecture/demonstrations on the music of Bud Powell at the 2005 annual conference of the IAJE, the Eastman School of Music, and at Jazz Festival Calgary.

Koenigsberg received his Master of Music degree in Jazz and Contemporary Media from the Eastman School of Music. Prior to that, he pursued graduate study in classical piano at the Peabody Conservatory under renowned teacher Ann Schein. His undergraduate study was at the University of Oregon, where he is now assistant professor of jazz piano and associate director of jazz studies. 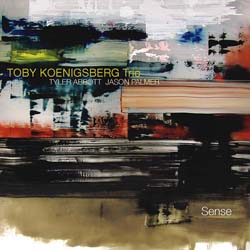