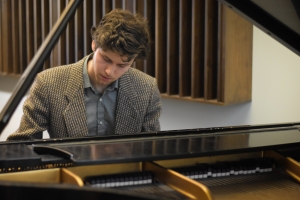 Originally from Berkeley, CA, Orenstein was surrounded by a vibrant jazz community at a young age. Through programs like the SFJazz All-Stars Combo, the Jazzschool, and Berkeley High Jazz, Orenstein had the chance to play with Terrence Blanchard, Christian McBride, Wycliffe Gordon, in addition to many local greats.

In 2015, Orenstein was selected to attend the Banff International Workshop in Jazz and Creative music as a TD Fellow, where he got to perform his compositions with Ingrid Jensen and Zakir Hussain.

In 2017, Orenstein graduated from Oberlin with a B.M. in Jazz Piano as well as a B.A. in Economics. He studied piano privately with Dan Wall, Sullivan Fortner, and composition with Robin Eubanks. It was at Oberlin where Orenstein began his relationship with trumpet legend Eddie Henderson, who is his mentor to this day. Upon graduation, Orenstein received the Wendell and Bettye Logan Award in Jazz Studies.

In 2018 Orenstein was the winner of the Ravinia Steans Bridges Composition, judged by Billy Childs and Rufus Reid for his piece, "Staircase," written for jazz quartet and string quartet. Orenstein has also won 3 compositions awards from Downbeat Magazine, as well as an ASCAP Young Jazz Composers award.

Orenstein has been fortunate enough to travel the world by means of music. In addition to touring across the United States and Canada, Orenstein has played multiple tours in the Bahamas with Giveton Gelin. In 2017 he was asked by Chilean guitarist/vocalist Camila Meza to be in her band for her Midwest tour. In June 2018, Orenstein went on tour in South Africa as part of UNISA and the U.S. Embassy's "South African Jazz Songbook" project, where he recorded an album and led workshops alongside South African and American musicians.

In early 2020, Orenstein was selected for the UNISA International Piano Competition for jazz in South Africa. He won 4th prize, as well as "Best Performance of the Required South African Piece."

In 2021, Orenstein got his M.M. at University of Southern California's Thornton School of Music, where he was awarded an assistantship position with Alan Pasqua and Jason Goldman. While completing his own studies, Orenstein helped teach jazz theory, arranging, and improvisation to undergraduates.

When Orenstein is not performing and composing, he enjoys teaching in a variety of settings. He has taught at California Jazz Conservatory's Summer Youth Program, and since finishing his masters, he regularly gets called to teach private lessons and ensembles at USC Thornton Jazz, covering for piano legends Alan Pasqua and Russ Ferrante while they are on tour.

Orenstein now lives in Los Angeles and works on many musical projects in addition to teaching students of all ages and skill levels. He is a regular at jazz clubs such as Sam First and The Blue Whale (before its 2021 closure), and keeps a busy schedule recording on albums and commercials. 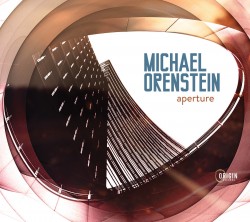