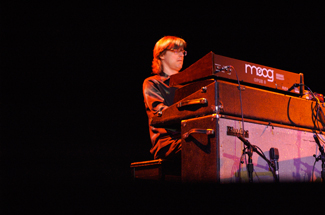 Ö with keyboardist Ryan Burns pulling wah-wah guitar sounds out of the ether, or maybe it's his Fender Rhodes, though I've never heard those sounds from one before.
- Dan McClenaghan, All About Jazz

Ryan Burns has displayed his unique keyboard style to audiences in the Puget Sound and abroad for over a decade. Having studied at Berklee School of Music in Boston, Burns released his first CD as a leader with the 1998 recording "That's the Ryan Burns Trio" (Independent Label). He has since written and performed music for various groups as well as for modern dance and on the Food Network Cable TV show "Food Nation with Bobby Flay."

Burns continues to lead his own trio, and is an integral member of award-winning jazz groups Bebop and Destruction (2004 Seattle Weekly "Best Jazz/Avant-Guarde Band") and Matt Jorgensen +451 (Earshot Jazz Magazine's "Best Acoustic Group" of 2003). Other collaborative efforts include groups Being John McLaughlin, Steinwagon, and The Black Vinyl All-Stars. One of the Seattle-area's busiest keyboardists, Burns is equally comfortable as a sideman as he is leading his own groups. The Seattle Weekly writes "Burns has a fantastically fertile brain, prodding the music with unexpected voicings and twisted runs; as with the best pianists, his comping is as intriguing as his solos." With over a dozen recording credits, and countless performances, Burns has worked with notable jazz and blues artists such as Rick Mandyck, Mark Taylor, Tom Marriott, Phil Sparks, Jeff Johnson, Hans Teuber, Geoff Harper, Byron Vannoy, Geoff Cooke, Steve Luceno, Edmonia Jarrett, and Jabo Ward; as well as w/ rocker's Mike Stone (Crack Sabbath, Devilhead), Peter DiStefano (Porno for Pyros, Jane's Addiction), Matt Cameron (Pearl Jam, Soundgarden), Zac Melang (Supersonic Soul Pimps) and Roger Fisher (Heart); and has also performed with the Tacoma Symphony. 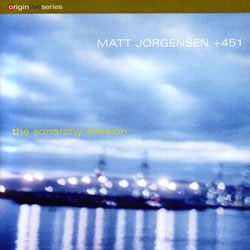