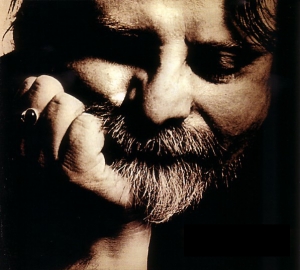 Richard Alan Beirach was born on 23 May 1947 in Brooklyn, New York City. Having a sheltered childhood, he started playing the piano at the age of 5. From age 6 to age 18, Beirach was given lessons by the pianist und composer James Palmieri. "James Palmieri showed me everything that I know about music,...he made me understand the deeper meaning of music."
Palmieri's lessons were strictly classic and until age 13, Beirach exclusively dealt with classical music.When, at the age of 13, he stayed at a friend's place, he heard Red Garland's version of "Billy Boy" from Miles Davis' album "Milestones": "I could hardly believe it. This was exactly what I was looking for, what I needed. Until then, I had only had a classical musical education: Mozart, Beethoven, no improvisation. I took the album to my teacher. He hated it, he hated it a lot..."Beirach realized that he wanted to devote himself to improvisation and Jazz. He tried and got in touch with Jazz musicians, while continuing to take lessons with Palmieri.
In the middle of the 1960s, Richard Beirach entered the New York club scene, played innumerable gigs and jam sessions, with, among others, Freddie Hubbard and Lee Konitz, while, at the same time occasionally working as a longshoreman at the docks of New York.In 1967, he went to Boston in order to study at the Berklee College Of Music, where Keith Jarrett, Miroslav Vitous and John Abercrombie were enrolled as well at that time. But he only stayed for one year and returned to New York in 1968, where he started a composition degree with Ludmilla Ulehla at the Manhattan School Of Music, from which he graduated in 1972 with a "Master Of Music".

Richie Beirach Soon afterwards, he played in the band of Stan Getz, together with bass player Dave Holland and drummer Jack deJohnette. The band largely went on worldwide tours.In 1973, he joined the group "Lookout Farm" of the saxophone player Dave Liebman. "Lookout Farm" became one of the most outstanding groups of the Fusion movement and the cooperation between Beirach and Liebman beyond the group, which broke up in 1976, developed to a close musical partnership. Together, as a duo, they recorded "Forgotten Fantasies", "Omerta" and "Chant"". In 1976, the first album under Beirach's own name was released: "Eon", recorded with drummer Eliot Zigmund and bass player Frank Tusa. For the label ECM, Beirach worked as a leader, e.g. on the albums "Eon" in 1976, "Elm" in 1979, "Elegy for Bill Evans", and as a sideman respectively (for John Abercrombie and George Adams) from the middle of the 1970s until the beginning of the 1980s.

His first solo album "Hubris" was released in 1977. At that time, he went on tour a lot with, among others, Chet Baker, John Scofield and John Abercrombie. In the 1980s, Richie Beirach focused increasingly on the solo piano and, parallel to that, on the cooperation with David Liebman in their duo and in the band "Quest", which they founded together in 1981, with drummers Billy Hart and Al Forster and George Mraz or Ron McClure on the bass, respectively. Until their break-up in 1991, the band recorded six albums: "Quest", "Quest 2", "Midpoint: Live at the Montmartre", "Natural Selection", "N.Y. Nites: Standards" and "Of one mind", and went on tours throughout Europe, Asia and South and North America. Stylistically, the quartet did not set any limits and thus played both standards and original compositions with the same intensity and freedom. Beirach then devoted himself increasingly to playing solo. The album "Live in Tokyo" (1981) was recorded during a Japan tour. Following albums were "Ballads" and "Ballads 2", which dealt intensely and in a contemporary manner with the Jazz standard repertoire. Records, which are characterized by non-musical influences, from "Waterlilies", compositions impressed by the paintings of Claude Monet, and "Breathing of Statues", after texts by Rilke, to the completely improvised "Self Portraits", "Sunday Songs" and "Live at Maybeck Recital Hall", were created at the beginning of the 1990s. "Inspiration", recorded in 1991 as a member of the RonMcClure Trio, and "Trust", recorded in 1993 under his own name with Dave Holland and Jack deJohnette, showed Beirach in a trio again. As a co-leader and sideman, he recorded several albums with the trombonist Conrad Herwig, e.g. the duo record "Intimate Conversation", and, with a bigger band, "The Amulet" and "The Latin Side of John Coltrane". Since the middle of the 1990s, Beirach has mostly worked with two different trios; together with his musical fellows George Mraz (bass) and Billy Hart (drums), Beirach recorded the album "The Snow Leopard" in 1996. That was followed by "Romantic Rhapsody" and "What is this thing called love", which showed a fresh view on standards and some own compositions. "No borders" (2002) focuses on classical pieces as a basis for improvisation, and, on the other hand, also contains a completely composed original composition by Beirach: "Steel Prayers", a piece for the victims of 9/11. To take classical pieces and open them for improvisation, without depriving them of their character, is also the basic principle in the cooperation with violinist Gregor Hübner. The trio with Beirach, Hübner and again George Mraz on the bass has released three albums with the label ACT. "Round about Bartok", "Round about Federico Mompou" and "Round about Monteverdi" are each dedicated to the respective composer and try and approach them via improvisation.

Since 2000, Richie Beirach lives in Leipzig and holds a professorship for Jazz piano at the Leipzig conservatory "Felix Mendelssohn-Bartholdy".